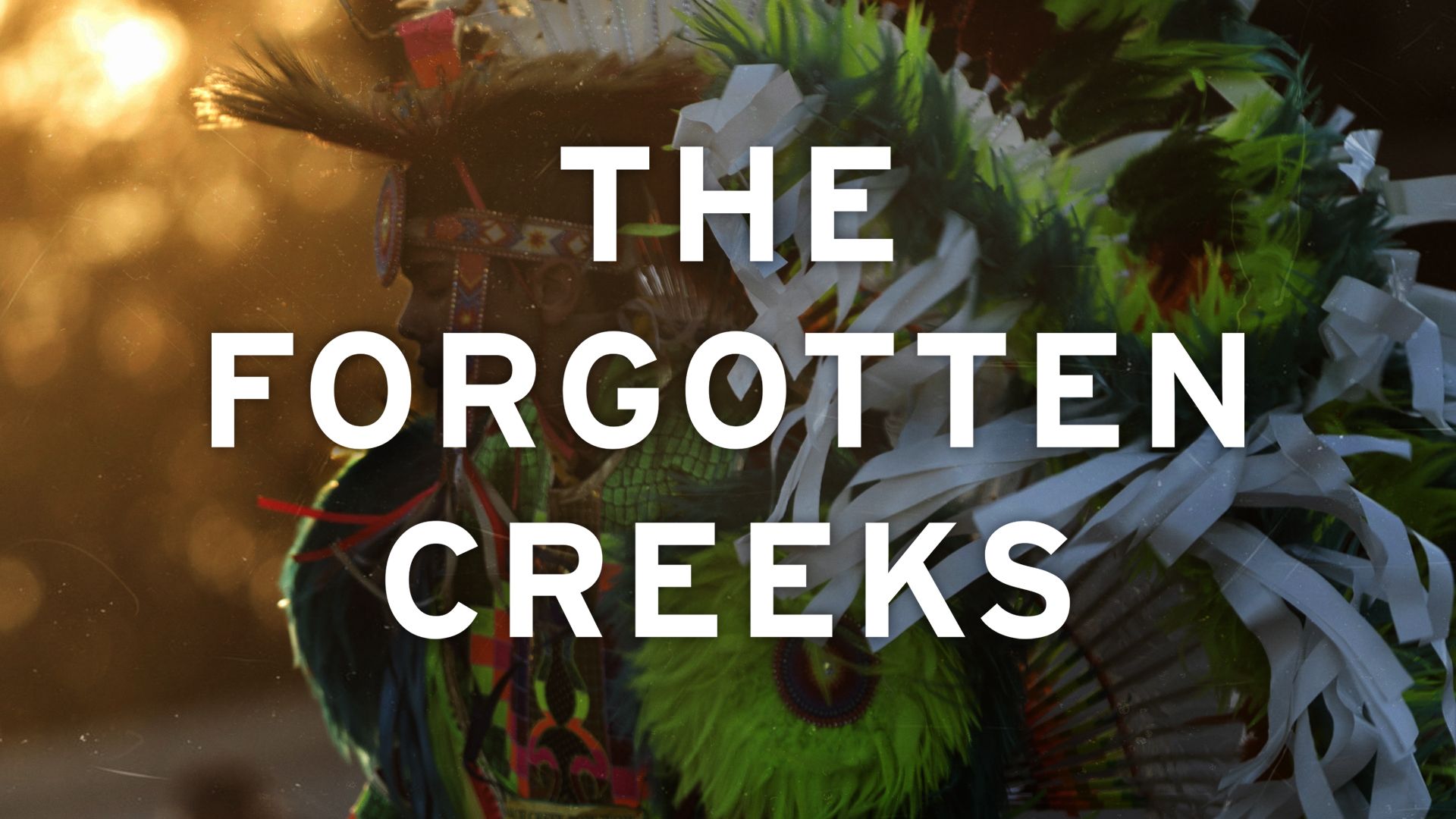 BIRMINGHAM, Ala. – A new documentary about Alabama’s Poarch Band of Creek Indians will premiere on Alabama Public Television (APT) on Thursday, Nov. 17, at 8:30 p.m. Produced by Jacksonville State University’s Longleaf Studios, “The Forgotten Creeks” can also be streamed from APT’s website and the PBS video app starting Nov. 17.

More than two years in the making, this documentary tells the story of the Poarch Creek people through their long and important history. It also traces how the Tribe has evolved from being an impoverished, isolated community to the independent, self-sufficient Indian nation it is today.

“We are honored that our Tribe was selected to be the subject of this documentary produced by Jacksonville State University and Alabama Public Television,” said Stephanie Bryan, Poarch Band of Creek Indians Tribal Chair. “We feel incredibly blessed to have this recounting of both our history and our lives today.”

“The Forgotten Creeks” recalls the history of Alabama’s Mvskoke Creek Indians from Spanish contact in the 1500’s through the Indian Removal Act of 1830. The documentary explores what happened to those Mvskoke Creeks who remained in Alabama following the Trail of Tears and documents those ensuing years of poverty, assimilation and discrimination that nearly destroyed their indigenous identity.

It also traces how finally, in 1984, after more than 40 years of unwavering advocacy by Tribal Leaders, the federal government recognized the Tribe as a sovereign, or independent, Indian nation with ancestral lands in Atmore, Alabama and elsewhere in the state. Federal recognition was the beginning of a new chapter in the Tribe’s history. Economic development brought self-sufficiency and the Tribe’s focus on educational opportunities, family values, and faith guided its transition to prosperity.

“As an APT commissioner, JSU employee and friend of the Poarch people for nearly 30 years, it was a real honor to connect these organizations and work together to produce such an important documentary,” said Pete Conroy, director of strategic partnerships and special projects at JSU. “I particularly thank Tribal Leadership for their trust and also JSU producer and director Seth Johnson for his mastery in telling this powerful story.”

Seth Johnson, who serves as distinguished professor of graphic design and assistant dean of the College of Arts and Humanities at JSU, said, “Producing this film was a rewarding experience. Our students were able to work alongside an accomplished film studio in the production of the film and gained valuable industry experience in doing so. We owe a significant thank you to the Poarch Creek Tribal Members that gave us their trust, welcomed us into their homes and allowed us to tell their story.”

A trailer for the film is available on YouTube at https://www.youtube.com/watch?v=OzjxrKRJPNg. After its release on Nov. 17, APT will share the full documentary on its website, https://aptv.org, so it may be viewed at any time.

About Jacksonville State University: Located in Northeast Alabama, between Birmingham and Atlanta, Jacksonville State University was established in 1883 as a state teachers’ college and has grown into a public, comprehensive university that offers undergraduate and graduate degrees – from bachelor’s to doctorates – in more than 110 areas of study. The university is accredited by the Southern Association of Colleges and Schools Commission on Colleges. Learn more at www.jsu.edu.

About Alabama Public Television: Alabama Public Television is a center of discovery for people of all ages, motivating children to learn, empowering students and teachers to succeed, and providing a lifelong path to knowledge through our unique programs and services. APT’s award-winning broadcast and digital productions share the news and celebrate the life and culture of Alabama with all its citizens.