A Tradition of Teamwork

The relationship between Native Americans and those who came to our shores from abroad has frequently been contentious, especially in the early years of the U.S. But despite the decades of discrimination and injustice—even violence—against them, the Poarch Creeks have always fostered a steadfast desire for unity and reconciliation.

This desire has now been realized. With the growth and development of the Poarch Creek Indians, the relationship between Alabama and its only federally recognized Tribe has deepened into a mutually beneficial partnership. And as the Tribe’s economic impact on the state has increased, its influence has grown—from the halls of the legislature to charitable foundations to leading organizations throughout the state.

The Tribe has also become a benevolent leader in the world of philanthropy. Given its long-standing tradition of sharing with those in need, the Tribe contributes to many charitable organizations in the community, helping to fund the arts as well as activities such as youth sports, senior care and emergency support services. Its generosity also benefits the broader Alabama community through job creation. As of 2018, Tribal businesses alone accounted for nearly 6,000 direct jobs, over 90 percent of which are held by non-Indians.

“The generous support from the Poarch Band of Creek Indians has impacted the Birmingham Zoo’s educational program in a very authentic and meaningful way. In addition to unique, up-close experiences at the Birmingham Zoo, students also had the opportunity to participate in an innovative cultural program as well.”

Roger Torbert, Vice President of Education for the Birmingham Zoo

The prosperity of our Tribe and of our friends and neighbors depends on how well educated our children are. The Poarch Creek Indians are committed to providing tuition assistance, scholarships, and assistance to area schools. We also have funds in our budget to address needs and improvements in the community.

“The Alabama Shakespeare Festival (ASF) proudly recognizes the Poarch Band of Creek Indians as one of its leading annual donors. ASF thrives on the great generosity of corporations, individuals, foundations and local governments to subsidize ticket prices for students and adults throughout Alabama and its neighboring states.”

“The Poarch Band of Creek Indians has been a long-time supporter of the University of South Alabama and the National Alumni Association. Members have served in leadership positions within the Association’s Board of Directors, and the Tribe has given crucial financial support to the University, USA Health and the Alumni Association. We are humbled they chose to name the ballroom in the new Julian and Kim MacQueen Alumni Center after their beloved Chief Calvin McGhee.” 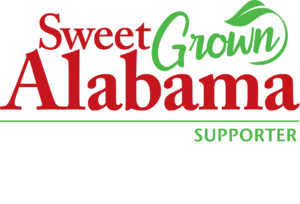 The Poarch Band of Creek Indians Endowment Committee strives to give fair consideration to all endowment applicants. Fill out an online application below: